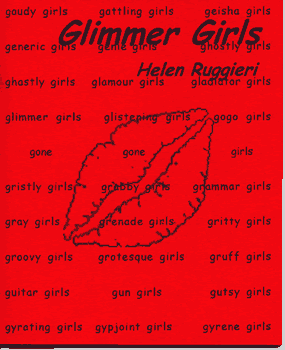 Information about Helen Ruggieri is available at http://helenruggieri.com

Chuck Berry duckwalks across stage.
We clap and scream.
We’re yelling “Maybelline”
rocking up on the balls of our feet.
Nobody sits.
Down front they dance in the aisle
pushing and tugging in double time.
“Why cancha be true. . . .”

About ten rows down the guy
I like puts his arm around
a dark haired girl with spit curls.
I could have spit curls
if I wanted to go to all
that trouble every day.
Chuck holds his guitar
up over his head, shakes it.

The beat disintegrates
into ragged claps, cheers,
hoots, yells, whistles.
It’s deafening.
Frankie lowers his head to hers.
Do you really use spit? he asks.
She smiles with her teeth.
The hell with it.

The Five Satins run on stage
and their high pealing line
arcs over the rows
“In the still of the night”
Shoo doobe doobe do . . .
all the anguish of never being loved
glitters, salty, outside
and inside at once,
rhythm on both sides of the skin.

If I shift to the right
I can see them,
all those damned curls.
I won’t love him anymore.
If he wants spit curls
let him have spit curls.
I savor all the anguish of it.

When the night stills
in the dark parking lot
behind the auditorium
I hear those echoing notes
deep inside
under the bones of my hips.

I catch sight of Frankie
opening the door of his car
for the spit head.
I call it out
and get in the car quick
before they see who it is.

Helen Ruggieri teaches in the writing program at the University of Pittsburgh, Bradford, PA. She has an MFA from Penn State, where she won the Academy of American Poets prize. She is the author of Bebop A Lula, a series of poems about rock ‘n’ roll published by Elvis Press in a limited edition of 100 copies, and The Poetess (Allegany Mountain Press). Poems have appeared recently in Poet Lore, The MacGuffin, and Earth’s Daughters; several anthology publications are forthcoming.

Ruggieri has a black belt in t’ai chi and is now doing performances of katas with historical, philosophical, and martial explanations. Her weapons include the bo staff and the bamboo fan.