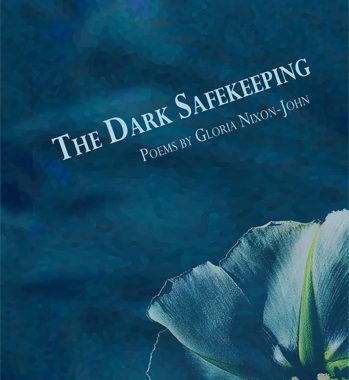 Author’s Statement:
I first fell in love with poetry early on in school when I encountered the anthologized poets like Robert Frost, Carl Sandburg, and Edna Saint Vincent Millay. They are storytellers who often impart allegory (which often comes from nature). Then later Ezra Pound and T.S. Eliot’s use of imagery took me in wholeheartedly. Their sharp images allowed a slowing down and a closer look, a painting constructed with words. Early Contemporary poetry allowed more freedom with rhythm, typography and was not laden with rhyme. That new freedom had me thinking that I could do that, I could write poetry, or at least try.

But, even before I fell in love with poetry, I was in love with nature, a love imparted by my mother. I have memories of my mother outside in a snowstorm, sweeping the walk and throwing crumbs out for the birds. She tended her flower garden with a consistent and gentle hand. She pointed out plants and insects sometimes in awe, sometimes amusement.

Both of my parents spoke about poverty and the injustices they saw in the world. We had a modest home and few luxuries. I was well aware of class and racial division and tended to identify with the underprivileged and downtrodden.

I also loved the imagists that I studied in high school and college, and to this day have trouble seeing merit in poems that do not provide focused imagery. I bucked against the more recent narrative trend if it did not/does not focus on a poignant image somewhere along the way. Clearly, I have given into the narrative trend to a degree but feel a poem is not a poem without obvious figurative language— without imagery.

Because of the combination of my love of nature and my concern for the underdog, I try to forage poems that reflect my love of imagery especially when constructed through nature. The themes in my work, often relates both the beauty and harsh reality of the natural world. My use of satire and humor is often self-deprecating, and I often poke fun at elitism and class disparity. – Gloria Nixon-John, February 2022

Praise for Gloria Nixon-John’s work:
These poems have the look of made and remade, buffed and polished things, brought into their current being as acts of love and scrutiny. Good to be alive to this work in words, committing poetry as it ought to be committed — a matter of essence and consequence. – Thomas Lynch, author of The Depositions and Bone Rosary

A rich bestiary animates the poems in The Dark Safekeeping. Elegantly observant of the natural world (as gardener, horsewoman, admirer or rescuer of all manner of wildlife), Gloria Nixon-John makes us acutely aware of the sacrifice…shared survival this world exacts from us. Prison cats, butterflies, the bullfrog in a letter from a prisoner, as well as her beloved horses take center stage alongside family and friends in precise, clear-eyed poems that mark life’s passages. Friends die, teeth and hips go bad; nevertheless Nixon-John, to paraphrase Sophia Loren, has a fountain of youth in her mind. From a girl who longed for breasts like Mary Berghope’s to a grandmother who ponders how she might help her granddaughter take this sun-drenched sanctuary (ie, her garden) into her old age, she charts her journey with compassion and frequent humor in order to, as she muses over a snapping turtle, add levity to the peril we face together. – Terry Bohnhorst Blackhawk, author of One Less River

Gloria Nixon-John is one of Metro Detroit finest writers. Her new book of poems, The Dark Safekeeping, demonstrates her ability to examine a wide variety of topics, from prisoners‘ reports to her Michigan garden and farm; from Italy & Michelangelo to Sledders Inn, with a quick stop at a convenience store during the pandemic. I enjoyed the many roads this poet has traveled, and I feel great joy having taken the literary journey with her. The warmth in these wonderful poems, crafted from life experiences that touch and connect to a universal sensibility, can only come from The Dark Safekeeping of everydayness. — M. L. Liebler, poet, Director, Detroit Writers’ Guild

The Cats of Castle Yard

For the inmates of the Kentucky State Penitentiary

A visitor to the prison
I am surprised to see
dozens of them muster
into the prison yard,
some from drainpipes
others up and over the outside wall,
their soft agility defying
the rolling maze of barbed wire.

Most are striped, the guard says.
A mold cast centuries before,
a speck of gold in their eyes
from Blue Ridge foxes.

The odd one out, mostly white
with just a blaze of black
above bottle-green eyes, paces
like an expectant father
near the riveted door until
a bell rings and the iron rolls       and
the men stream out, neat in khaki shirts
and trousers, a spool of pale ribbon
unwinding—they might be monks
or factory men holding to routine.

The piebald cat stretches his neck,
discriminates, not that one, not this,
the small head a metronome
until his awaited steps out
of the dark passage, drops to one knee
touches the singular acceptance,
the arching, breaking grace.

About Gloria Nixon-John
Gloria Nixon-John earned an M.A. in Rhetoric and Journalism from Wayne State University in Detroit and a Ph.D. in English from Michigan State University. She has published poems, fiction, and essays as well as pedagogical chapters and articles for teachers. Her dissertation work focuses on Canadian poet, Bronwen Wallace. Gloria’s novel The Killing Jar is based on the true story of one of the youngest Americans to have served on death row. Her memoir entitled Learning from Lady Chatterley is written in narrative verse and is set in Post WWII Detroit. Her chapbook, Breathe me a Sky, was published by The Moonstone Arts Center of Philadelphia.

Gloria has taught English and Speech in grades 8-12 as well as Teacher Education courses at Michigan State University. She is a Red Cedar Writing Project (Michigan State University) Teacher Consultant. Gloria has collected an oral history of sculptor Marshall Fredericks for The Marshall Fredrick’s museum in Saginaw Michigan and has done some oral history work for the Theodore Roethke House, also in Saginaw, Michigan. She currently works as an independent writing consultant for schools, libraries, and individual writers. Gloria lives in rural Oxford, Michigan with her horses, dogs, cats, and husband Michael.

Listen to Zilka Joseph on The Power of Poetry