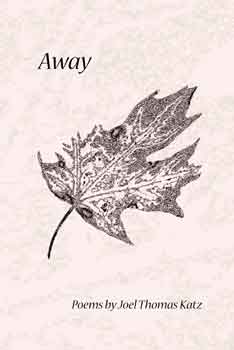 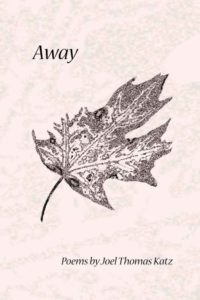 In these snappy and unique poems, Katz views the world from some slanted perspective most of us aren’t careful enough to see. Katz imagines Emily Dickinson rolling dice in an Indian casino and a man in a car pondering the possibility of honking himself back to childhood. Humorous, lyrical and touching, Katz’s poems take the reader along for the ride. And, as Susan Terris notes, “with delight, we follow as his generous yet skeptical Jewish soul skitters through the joys and sorrows of a challenging modern world.”

He first noticed it driving to work. When a car alongside him
swerved, he jammed on the horn and the Vivaldi concerto on the
radio cut out. Then the music returned, but to the measure just
before the near-accident.

He didn’t believe it—honked again. The piece spun back to the
beginning, as if someone had lifted a phonograph needle and
placed it on an earlier groove.

On the commute home, he ran a tougher test: Tchaikovsky
symphony. With a blast of his horn at a dawdling RV, he
repositioned the orchestra to the beginning of the middle
movement, then flipped them all the way back to the opening
chords. Even his wad of spearmint gum got slapped back to
freshness.

He bought a new car with one of the biggest horns on the market.
He decided to ask his fiancée to join him for a weekend drive, one
where he’d finally honk himself back to childhood.

Joel Thomas Katz was born in Massachusetts and grew up in various cities in the Northeast. He moved to California in 1972 and lives in Silicon Valley, where he works as a computer software consultant. His poems have appeared in Sand Hill Review, The Montserrat Review, West Wind Review and Disquieting Muses Quarterly