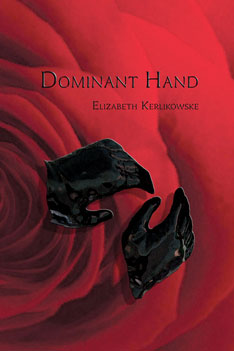 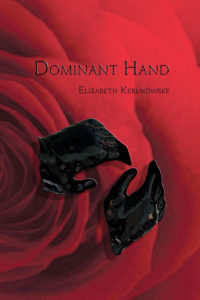 Dominant Hand is a world filled with the pantomime of love, the trickster coyote, and the conflict between widowed father and concerned grandparents. These poems are set in the seemingly ordinary places of life, but they are not ordinary; here Kerlikowske reveals profound truths that shock and amaze, and put smiles on our faces.

Here she sits in her ivory tower
Here she stands in her kitchen
Aren’t they the same?
Scraping dried egg from a plate
Deleting excess punctuation

And before that bent over a tub
where the two creations squirm
barely able to contain their joy
at being naked, wet, together like
rubbery book-ends

Poems keep coming
Stories
She doesn’t always recognize them
like the children’s friends who stop by at Christmas
Who are you?

That’s Trent, Mom.
Didn’t he used to be a sonnet?

Elizabeth Kerlikowske grew up in forests and on lakes in western Michigan. She earned an MA from the University of Colorado, Boulder, and her BA and Ph.D. from Western Michigan University. Currently, Kerlikowske is an English instructor at Kellogg Community College in Battle Creek, Michigan, where she is the mother of three Scrabble players.