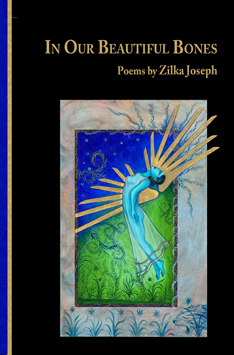 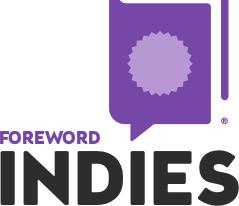 In Our Beautiful Bones traces various stages in the poet’s journey as an immigrant from India who makes a new life in the US, and her encounters with racism and otherness. In it she explores her Bene Israel roots and ancestors, her life in Kolkata, the influences of British rule and a missionary education, her growing knowledge of what racism and marginalization means, how Indians and Indian culture is perceived and represented. While delving unflinchingly into the violence and global impact of colonialism, the weaponization of the English Language, the evils of tyranny and White Supremacy, and the struggles of oppressed peoples everywhere, she creates powerful collages from mythology, folklore, fairy tales, Scripture, world history and culture, literature, music, food, and current events. Traditional and experimental forms, sensory riches, wit and word play, and an unwavering and clear voice make this book a compelling read. These poems expose prejudice on an international as well as a personal level, and lead the reader to face harsh truths— insults, insensitivity, injustice, ignorance, discrimination, subtle and deliberate aggressions that immigrants, people of color, and the oppressed face daily, and wrestles with her own complex emotions, the current threats to Democracy both in the US—her adopted home, and her native India, her love for both countries. In Our Beautiful Bones is a multi-layered, sharply ironic and sometimes pathos-filled critique of the world, and at the same time it is visionary and a triumph of the human spirit.

In Our Beautiful Bones is an easy read and doesn’t require a background in poetry. Joseph’s writing is straightforward and captivating as are the stories she tells of immigration, identity, and her hope for more compassion in the world. – Susan Blumberg-Kason – Asian Review of Books – October 4, 2021

“Zilka Joseph’s New Poetry Is About Feeling Beautiful In Our Bones” – Review by
Nidhi Kirpal Jayadevan at IndiaCurrents (17 November 2021) https://indiacurrents.com/zilka-josephs-new-poetry-is-about-feeling-beautiful-in-our-bones/

“Questions of assimilation and identity raised by an Indian Jew” – Review by H Kalpana at MuseIndia (Jan/Feb 2022) https://museindia.com/Home/ViewContentData?arttype=book%20review(s)&issid=101&menuid=9977 (Archived on our site here)

In this rich collection of poems, Zilka Joseph takes us on a voyage from her birthplace in India to her immigration to and life in the United States. Even as the airplane from India prepares to land, she thinks “of Dante’s Purgatorio—/ the tiered stages, the tortured souls,” foreshadowing the coiling incidents of tokenism and racism, both virulent and “casual,” she will encounter in this new land, where “Garam masala is a buzzword,” and “Turmeric capsules are a rage.” Her poems remember their way back through India’s colonial history and the losses of culture, religion, and language which throb into her present tense. Joseph makes use of a number of approaches to form in this collection, ending with a collage of mythic, literary, musical, and historical influences which bring her worlds together into a vision of “dancing in the sun / in our own shining skin / in our beautiful bones.” These are brave and beautiful poems.
—Diane Seuss, author of “frank: sonnets, Still Life with Two Dead Peacocks and a Girl“, and “Four-Legged Girl”

Following the literary tradition of Carolyn Forché and Claudia Rankine, poet Zilka Joseph spins the jarring, interpersonal experience of racism and colonialism into consciousness-exploding verse. In the process, the reader becomes the witness: a terrified, white child gawking at your brown face; a neighbor filing a complaint about the smell of your food cooking; the moment at a dinner party when you become the explainer for your people; encountering ignorance so blatant it leaves you speechless. You can’t pore over In Our Beautiful Bones and not be transformed by the powerful, emotional landscape of this collection.
—Desiree Cooper, Pulitzer-nominated journalist, and awardwinning author of Know the Mother

In Our Beautiful Bones reckons with the violence of white supremacy and colonialism. In these poems, Zilka Joseph surveys the ecological, physical, emotional, and psychological traumas of that violence, with a central
focus on the agonies of constant interpellation by whiteness’s gaze. “O even in Hades salvation is not free,” Joseph writes, and we, Joseph makes clear, are in Hades. What should we do? Do we sing songs of praise, even for that which hurts us? Do we smile, as we’ve been taught? What do we hold onto with our bruised-knuckle hands, especially when we’re held apart from each other by prejudice, by distance, by disease? These are the questions In Our Beautiful Bones inhabits and wrestles with, all the while hoping to make it through to some place where it would make sense to say “when I say love I mean you / when I say home I mean you.”
—Sumita Chakraborty, author of Arrow and Grave Dangers: Poetics and the Ethics of Death in the Anthropocene (forthcoming)

From DesiBooks: “#FiveDesiFaves: Zilka Joseph shares her favorite books of poetry and hybrid essays”
https://desibooks.co/fivedesifaves-zilka-joseph/
We have also preserved the podcast on our own site here (.m4a 19 minutes 17 seconds)

See Zilka read from In Our Beautiful Bones on Rattlecast #131

“In Our Beautiful Bones” by Zilka Joseph reviewed in Beltway Poetry:
I highly recommend this collection of poems to all who seek to create a culture of encounter and inclusion during these divisive times. Though Joseph does not sugar coat the harsh realities of the immigrant experience, her stance is one of defiant hope: “we know where we’re going / we know where we’re from / may we move freely / through the passage between lives / can you see us dancing in the dark and in the rain / and in the moonlight the firelight the lamplight / dancing in the sun / in our own shining skin / in our beautiful bones”). (Jeannine M. Pitas)

Pickles? they ask sniffing deeply
prodding a packet or two
say Sure ma’am you’ve got no jeera or chilies?
(now they’ve learned the Hindi word for cumin
so the new trick is to joke with us) And one time

one officer said Duck? Bombay Duck?
It’s a fish?? Dried fish your son
wanted? Sorry no fish allowed
or birds (The officers looked
at each other again and again:
expressions priceless) So another time I land

at Detroit airport and I shake my head
at the silver-haired officer
say Sir, no, no pickles meat or cheese
I buy them here at Bombay Grocers
and Patels (Give them a sweet Colgate smile)
Yes, yes, sweets, only made of lentil No dairy, no dairy
The red-gold cardboard boxes of sweets he can see
but not the rice sprouting beneath
the young green shoots
no our rice fields he will never see
we carry them where ever we go

About Zilka Joseph
Zilka Joseph was born in Mumbai, and lived in Kolkata. Her work is influenced by Indian/Eastern and Western cultures, and her Bene Israel roots. She has been nominated several times for a Pushcart, and for a Best of the Net, has won many honors, participated in literary festivals and readings, and has been featured on NPR/Michigan Radio, and several international online interviews and journals. Her work has appeared in Poetry, Poetry Daily, The Writers’ Chronicle, Frontier Poetry, Kenyon Review Online, Michigan Quarterly Review, Beltway Poetry Review, Asia Literary Review, Poetry at Sangam, The Punch Magazine, Review Americana, Gastronomica, and in anthologies such as 101 Jewish Poems for the Third Millennium, The Kali Project, RESPECT: An Anthology of Detroit Music Poetry, Matwaala Anthology of Poets from South Asia (which she co-edited), Cheers To Muses: Contemporary Works by Asian American Women, Uncommon Core: Contemporary Poems for Living and Learning, and India: A Light Within (a collaborative project), She was awarded a Zell Fellowship (MFA program), the Michael R. Gutterman award for poetry, and the Elsie Choy Lee Scholarship (Center for the Education of Women) from the University of Michigan. Sharp Blue Search of Flame, her book of poems (Wayne State University Press, Detroit) was a Foreword INDIES Book Award finalist. Her third chapbook Sparrows and Dust was recently nominated for a Pushcart and is a Notable Best Indie Award winner. Her previous Mayapple Press book is Lands I Live In (2012). Zilka teaches creative writing workshops in Ann Arbor, Michigan, and is a freelance editor, a manuscript coach, and a mentor to her students. She can be found online at www.zilkajoseph.com