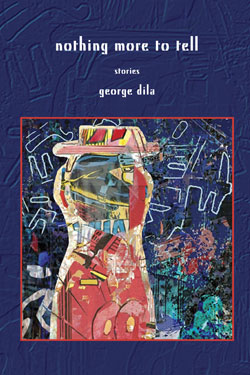 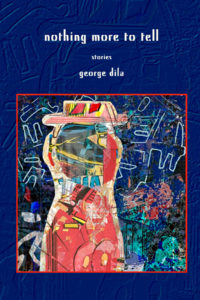 “Nothing More to Tell” by George Dila is available in a Kindle edition. Click here to download from Amazon.

Nothing More to Tell brings together short stories that reflect the combined effects of history, family, and society on the men and women of Michigan’s small towns and big cities. Dila’s prose presents us with a view of middle-aged, middle-class men that is at once ruthlessly honest and understanding. Their lives are tightly woven chains of successes and failures, which culminate in episodes that are sometimes comic, often catastrophic. The pieces in this collection will sometimes cause laughter, sometimes outrage; but they are unflinching in their demand for compassion.

From Lessons My Father Taught Me
George Dila

My father made it pretty easy to like him, which most people did. And our house was a mostly mellow house, the three of us easy to get along with, no high drama. I did what was asked of me, my chores, keeping my room clean, getting decent grades, not causing my parents too much grief or worry.
“Well, tonight, young man, I’m going to teach you something new.” He flipped the cigarette butt out of the window, and in the rearview mirror I saw it hit the road behind us in a tiny burst of sparks. “Take a left on Hilltop,” he said.
“We going to see the Pattersons?”
“In a manner of speaking,” he said.
“I don’t think they’re home. I think they’re camping in the U-P this week.”
“Precisely,” my father said. “Go slower.”
About a quarter of a mile from the Patterson place he told me to slow down even more, and to turn off the headlights. Ahead rose the dark mass of trees surrounding their house—the only house for at least a mile in either direction. When I got to their turn-in, I took it real slow to avoid hitting the culvert. I pulled around the back and turned the engine off. Travis Tritt stopped singing in the middle of a word.
“Nice job,” my father said. “Good driving.”
We sat there in the dark and the quiet, the night made even blacker by the cover of trees. He lit up another Marlboro. Every time he took a drag, the cigarette turned his face into a red Halloween mask. I figured he was thinking of what he wanted to say.
“We’re barely making it on my disability check.”
It was a bad back, a disc or something, from when he’d worked con¬struction. He hadn’t had a steady job in four or five years. My mother worked three days a week, making beds at the Holiday Inn on Hwy. 10.
“We do okay,” I said.
“We could always use a little extra,” he said.
“I tried to get a job this summer,” I said. I’d put in my application at Walmart and Meijer.
“I know, I know.”
“Nobody uses baggers anymore,” I said.
“Not your fault.”
He reached over and messed my hair.
“I could quit school. Get a full time job.”
“You’re a good kid. But you ain’t quitting school. Think of this as a job. Our work for a while.”
“Whatever you say,” I said, without a clear idea of what he had in mind.
“You and me, Buddy.” He took a final puff and said, “Let’s hit it”.

George Dila’s stories and personal essays have appeared in North American Review, Driftwood, Third Wednesday, Current, Traverse, Literal Latte, Christian Science Monitor and other publications. A native Detroiter and graduate of Wayne State University, George now lives with his wife Judith in the Lake Michigan coastal town of Ludington, where he directs the activities of Ludington Visiting Writers, a literary program he founded in 2001.

Zinta Reviews review of “Nothing More To Tell”

Dila hasn’t reached bottom of this barrel. The ease of style in each story indicates the barrel is still full of more stories, and I look forward to their surfacing