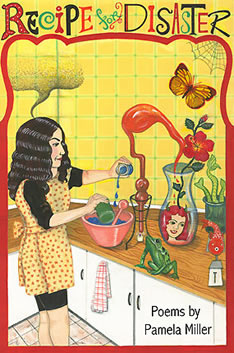 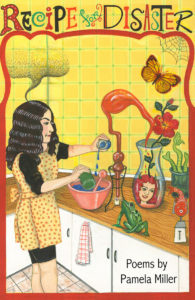 What Makes a Man a Man
by Pamela Miller

I tried to make a man out of
diamonds and quartz,
with a big rectangular ruby for a heart
and a mirrorball head that shot light all around,
but the jewels clouded over
or kept falling off
or smelling like eight-month-old green cottage cheese,
so I broke him apart
and buried him in the ground
and that was the nasty end of that.

Then I tried to build a man out of telescopes
and put my eye to his heart
to see what I could see,
but all I could spy through that cold glass dot
was his face up some skirt in Amsterdam,
and a pair of smirking breasts in a Bangkok hotel,
and some Martian’s coy eyelash
purring down his cheek,
so I broke him apart
and buried him in the ground,
where he could keep his damn eyes to himself.

So I finally made a man
out of junkyard parts
and bound them together with Christmas lights,
then inserted a heart like a red silk frog,
and a big old brain the size of a rump roast,
and read him throbbing Armenian love poems
for thirty days and nights. And he
dug us a nest and he snuggled us in
and he tangoed inside me
oh helium! handclaps!
painted frescoes inside me
kazoo! orchid! bonfire!
and we burrowed on down to
the center of the earth—
oh plunge-and-soar hot honeymoon,
sweet ruckus of getting it right!